Posted on December 27, 2010 by crowcanyonjournal

Our Valladolid hotel was supposedly just 5 minutes from the city limits but we decided to drive back to the old part of town and walk around for awhile. Then it took us an hour and a half to find our way out of town! After Valladolid it was mostly freeways and primary roads all the way to Benavente. And we didn’t get lost this time — we just had to follow the signs every block to the local Parador, Spain’s chain of castles and palaces that are now hotels.
Segovia is very close to Madrid and so was full of tourists from all over the world. Valladolid and Benavente, however, are much further away from Madrid and the only tourists we saw were Spanish. 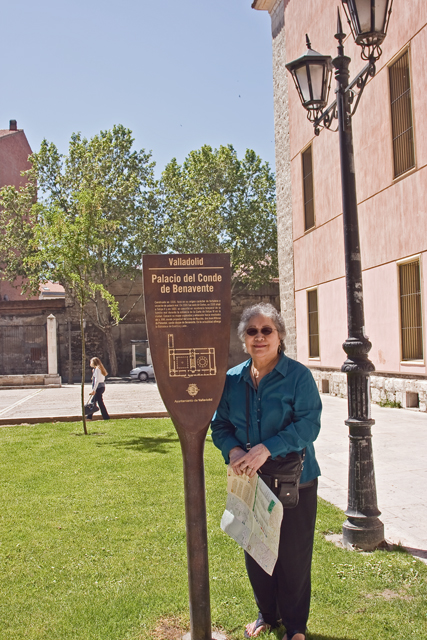 Bee at the Benavente Palace in Valladolid.

The palace is now a public library. 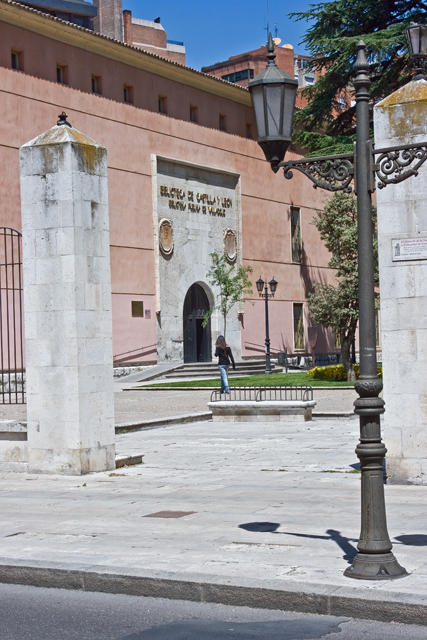 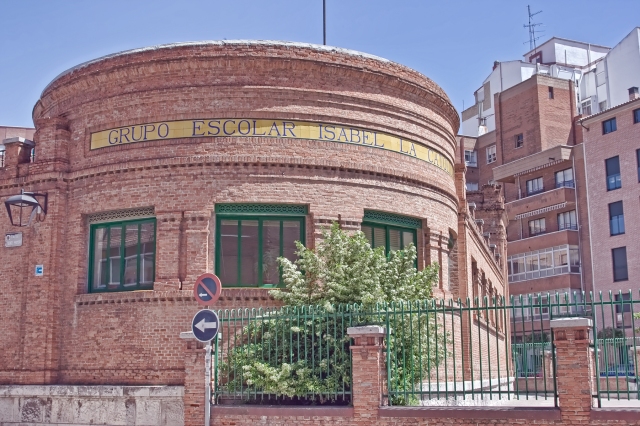 This school is across the plaza from the library.

Entrance to the school. 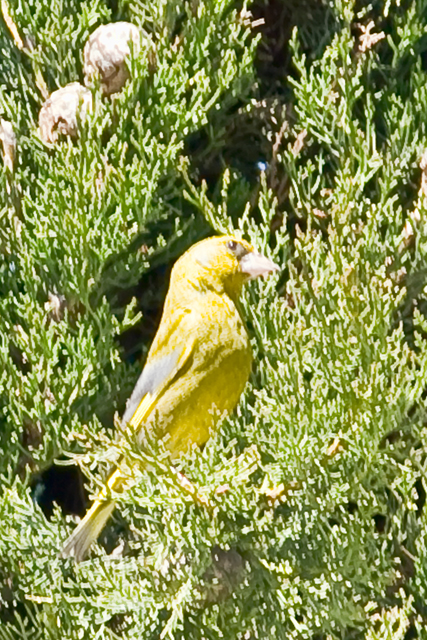 I saw this bird in the bushes near the palace.

Bee and friend at the Parador in Benavente

View from the gardens. 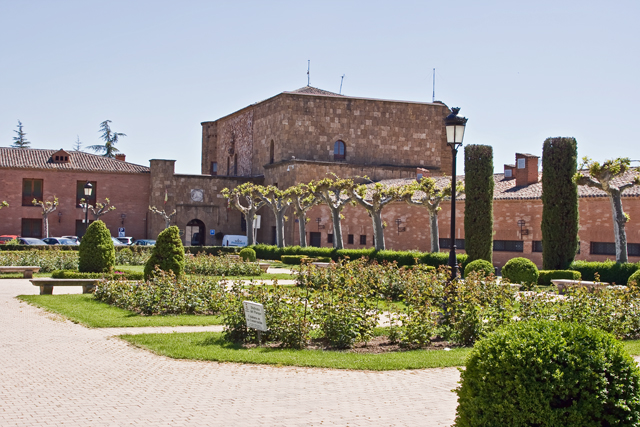 I have no idea what this statue is supposed to represent!

Old Town Benavente starts on the other side of the gardens.

We couldn't get over how clean this town was. 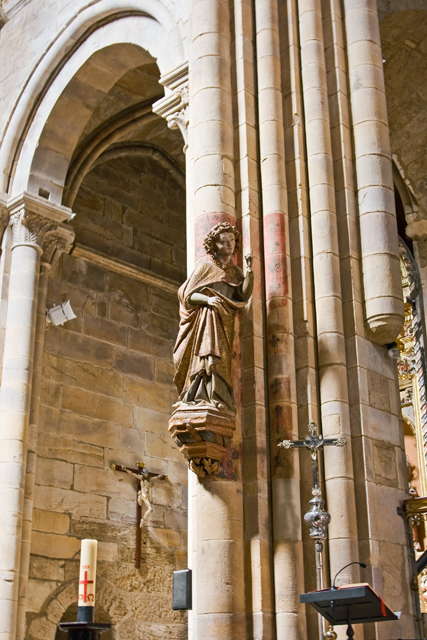 Iglesia de Santa Maria -- One of two old churches in the heart of town. 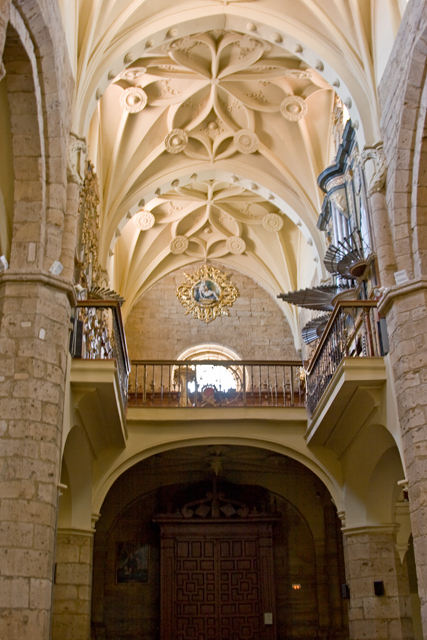 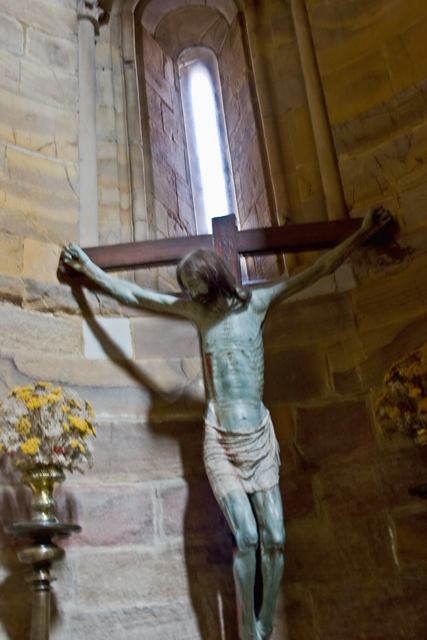 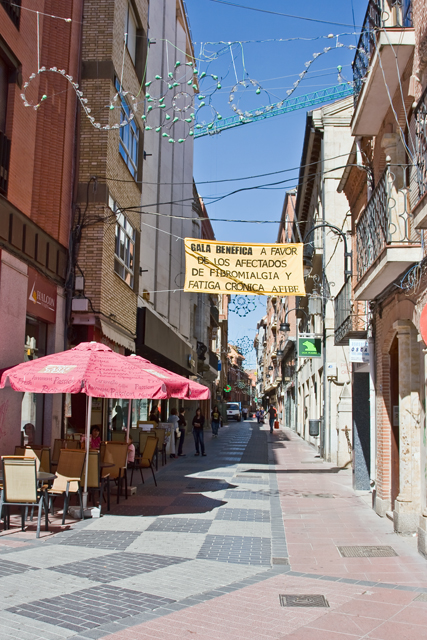 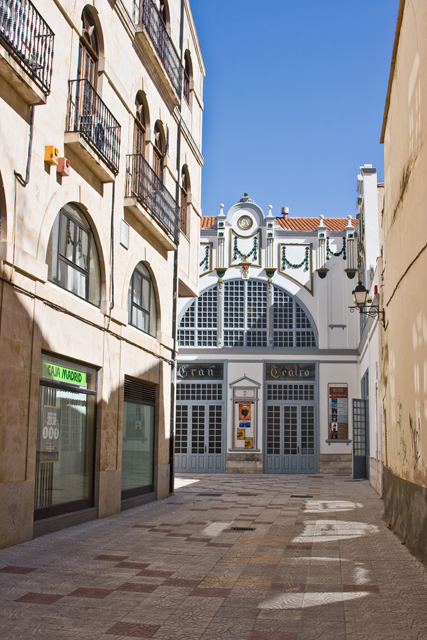 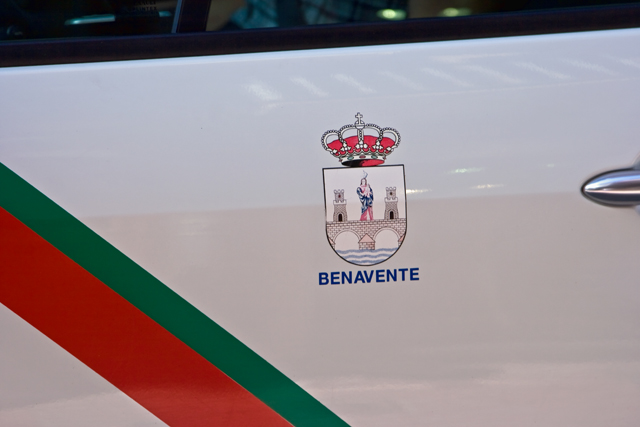 Coat of arms on the door of a local taxi cab. 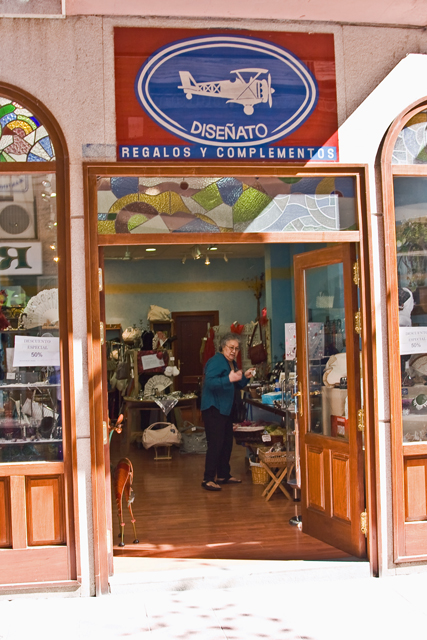 Bee found a lot of places to shop.

Arches lining one side of the Plaza Major.

The Plaza Major is pretty much a big parking lot.

Another view of the Plaza Major. 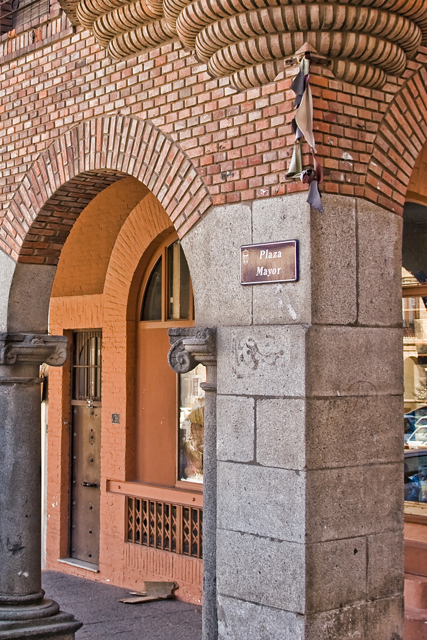 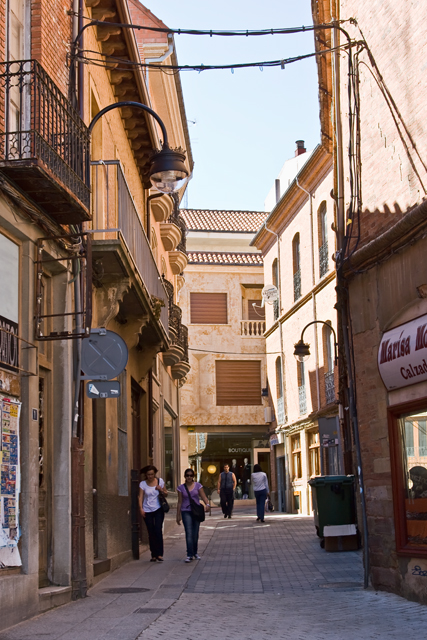 Streets leading away from the plaza. 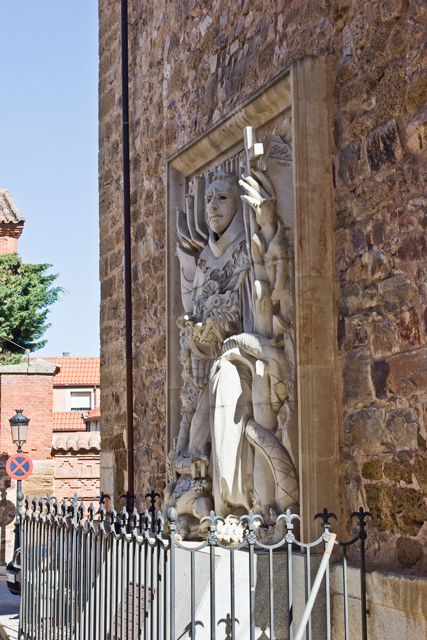 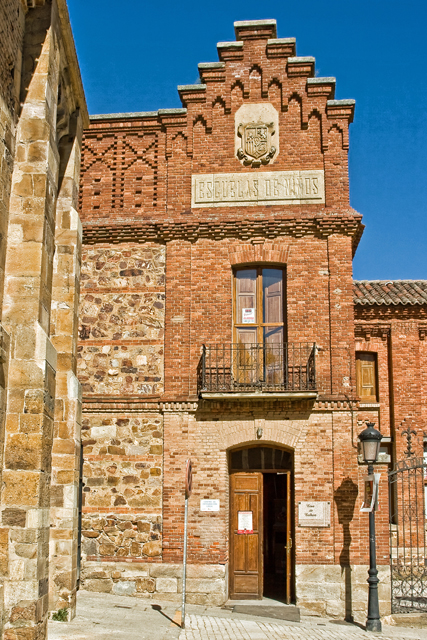 This old school is now the town's culture museum.

Ten-foot characters on display in the museum.

There was a current exhibition of modern art collages. 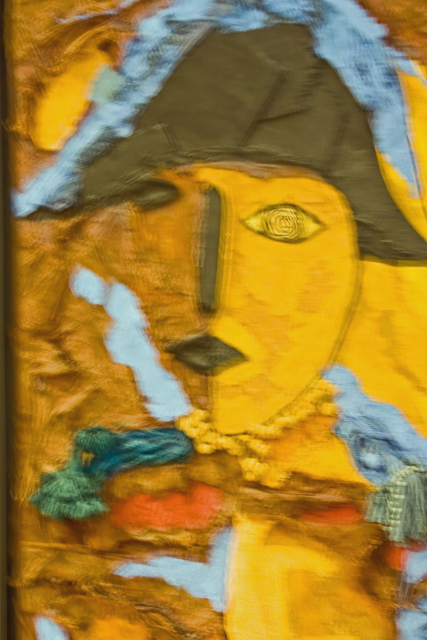 I think this one is supposed to be Napoleon.

Back to the Paseos de la Mota and our hotel.

Spain's national system of Paradores was established in 1928.We had an excellent dinner at the hotel restaurant and we ordered a bottle of Crianza from the nearby Toro winemaking district. It was delicious!

I am a family man with interests in family history, photography, history and travel.
View all posts by crowcanyonjournal →
This entry was posted in Gallery and tagged Benavente, parador, roadtrip Leon-Castille, Spain, travel, travel photos, Valladolid. Bookmark the permalink.