We’re back from our May 2012 Vacation in Europe

Posted on June 6, 2012 by crowcanyonjournal

The jet lag is over and it is now time to start posting. So here’s a preview of the photos and stories I will be posting over the next several weeks.

We flew from San Francisco to Frankfurt and then to Zurich to begin our four-day pre-cruise stay in Switzerland. 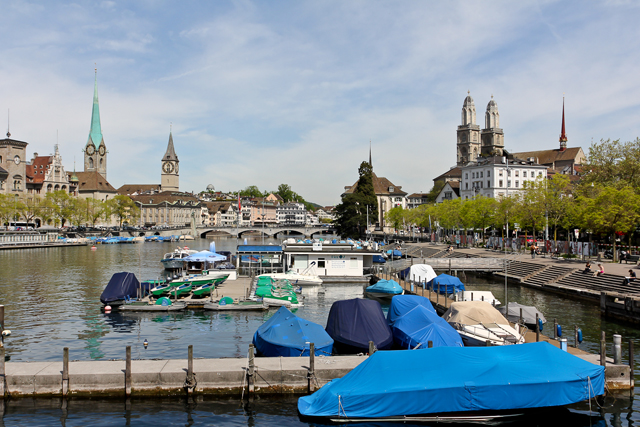 Zurich is a pretty city, especially where the Limmat River flows through the Old Town. Three of the city’s most famous churches can be seen in this photo: from left to right, Fraumunster, St Peter and Grossmunster.

We lived aboard this ship for a week as we cruised down the Rhine River from Basel to Amsterdam. 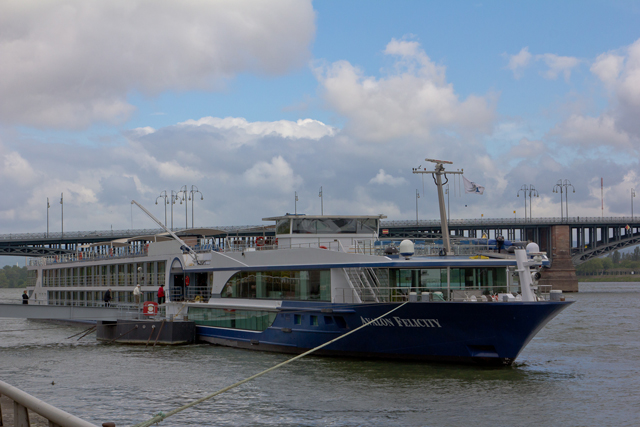 The Avalon Felicity. There were 130 passengers with rooms on three levels. Our room was the first on the left on the middle level.

After our cruise we stayed in Amsterdam for another three days. Our cousins Henry and Geraldine from Ireland flew over and stayed at the same hotel. It was a nice reunion — we hadn’t seen each other in three years. 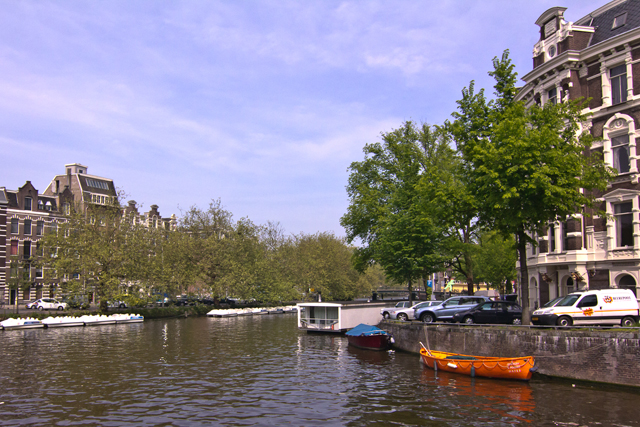 The view from our balcony. Our hotel was in the Jordaan district, about a ten-minute walk to the Van Gogh Museum in one direction and a 20-minute walk to Ann Frank’s House in the opposite direction.

From Amsterdam we traveled by train to Osnabrueck, Germany where we visited some of the places where our Theler ancestors lived before migrating to the US in the mid-1800s. 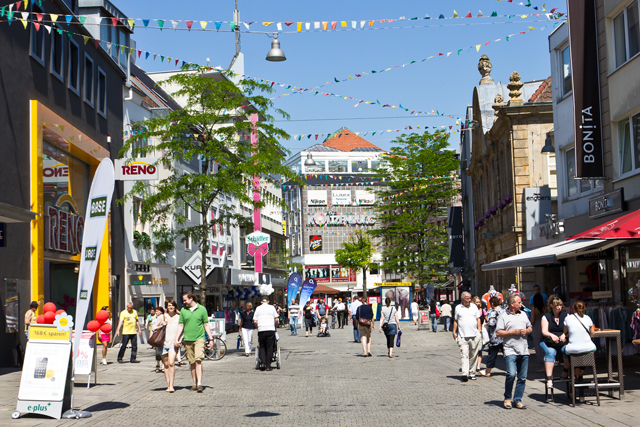 A popular shopping area in Osnabrueck close to the Old Town.

We visited two high school classmates and their wives during our stay in Belgium. Dan and Kate live in Verviers in southeast Belgium and George and Jacqueline live in Nivelles about a half-hour south of Brussels. We also stayed in Brussels for a couple of days. 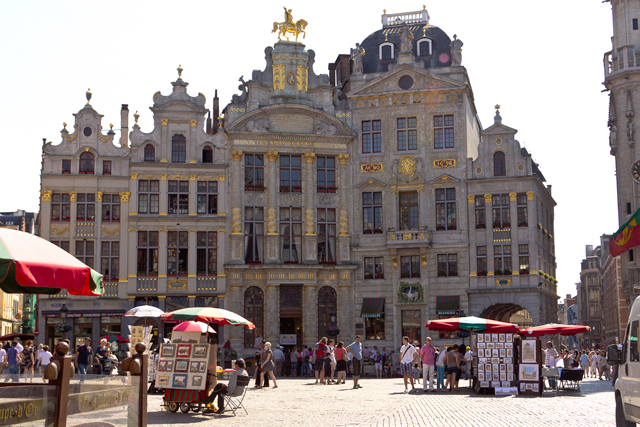 The Grand Place in Brussels was about a ten-minute walk from our hotel.

So that’s a preview of the photos and stories I will be posting over the next few months. For the next week or so I will be writing about our walk around Zurich and our bus trip to Lucerne.

I am a family man with interests in family history, photography, history and travel.
View all posts by crowcanyonjournal →
This entry was posted in Travel and tagged Amsterdam, Avalon, Belgium, Brussels, Europe, Osnabrueck, Rhine River, Switzerland, travel, travel photography, Zurich. Bookmark the permalink.