We agreed to meet up with Carol Saint-Clair again on Friday afternoon in order to conclude our tour of historic Osnabrück by visiting two of the city’s great churches: the Lutheran St Mary’s Church (St Marienkirche) on Mrktplatz and the Catholic St Peter’s Cathedral (Dom) a block or so away.  First stop was St Mary’s Church.

The buttressed east side of St Marienkirche. 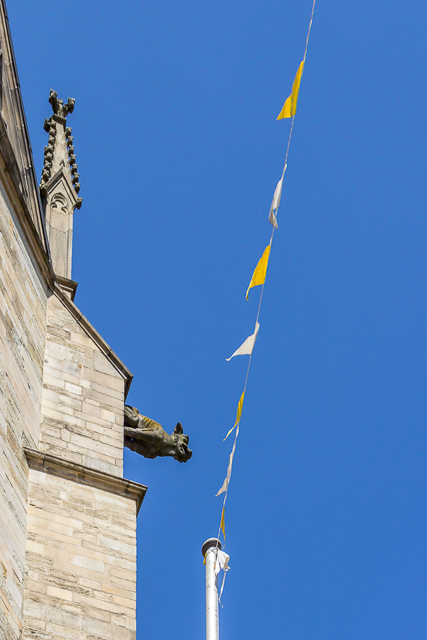 Gargoyle on the church’s east side.

The present St Mary’s is probably the second or third church to be built on the Mrktplatz. A simple one-nave church stood on the place in the early 11th century. By 1300 the church had grown to a Gothic three-nave structure with aisles. Arches were added in the 15th century. As Osnabrück grew over the centuries to be a prominent member of the Hanseatic League its prominent citizens began to look upon St Mary’s as their own church as opposed to the Cathedral a block away and its Rome-appointed Bishop. The Protestant Reformation came to Osnabrück in 1543 and St Mary’s became a Lutheran church. Today it is part of the Evangelical Lutheran State Church of Hanover. 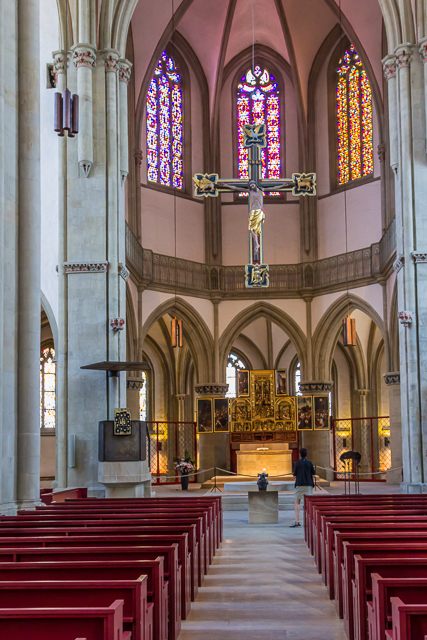 View of altar and triumphal cross from the church’s west side. 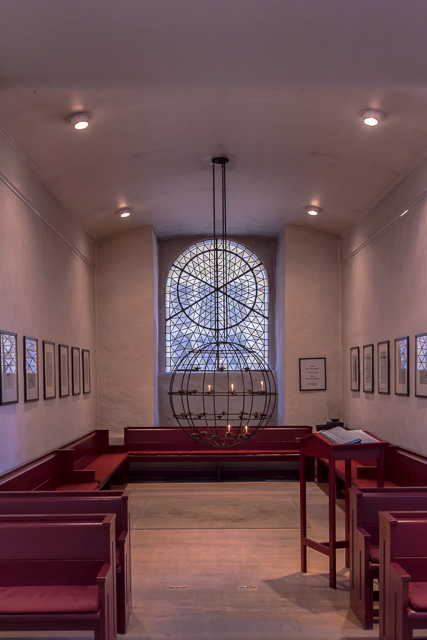 This room is in back, behind the organ and under the west tower.

The baptismal font dates from 1560. 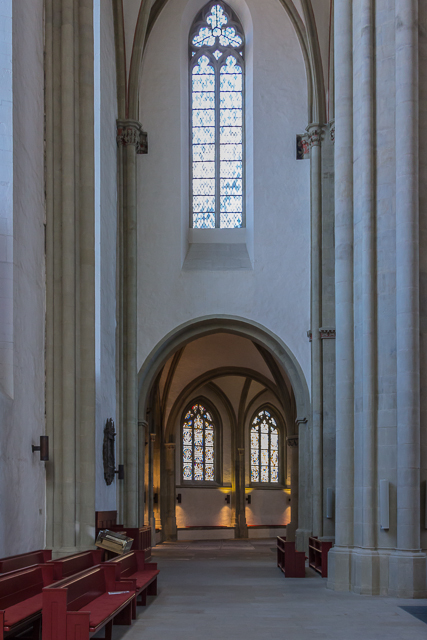 The winged altar was built in 1515 in Antwerp. 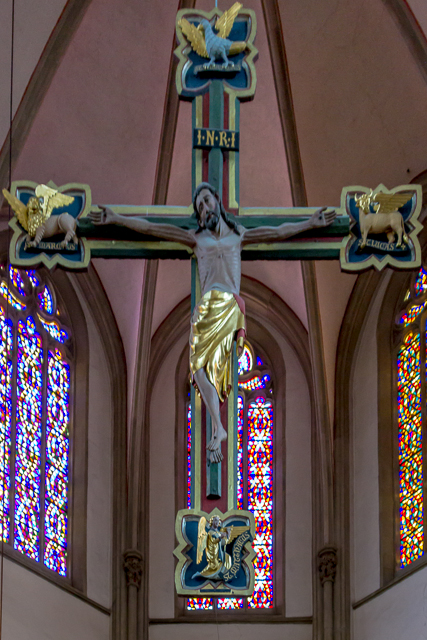 The triumphal cross over the altar dates from the 13th century.

Last supper table and sculpture by Heinz Heiber (installed in 1995).

Same view but with my camera held vertically.

Close-up of table and sculpture.

The Flentrop organ was built in Zaandam, Netherlands and installed in 1967. It was also extensively restored in 1998. 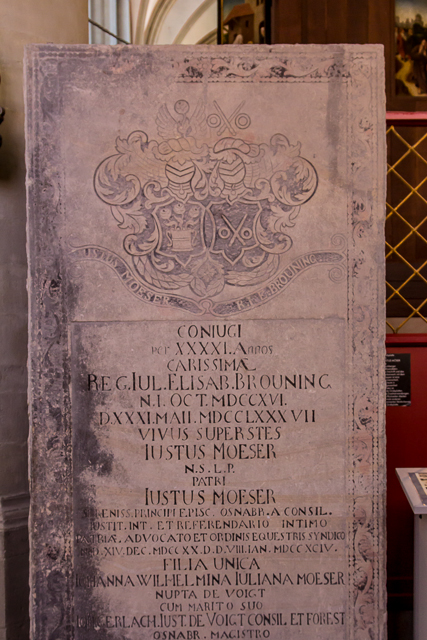 We then walked from Mrktplatz to Domplatz and visited St Peter’s Cathedral. That will be the subject of my next posting.