Posted on November 21, 2013 by crowcanyonjournal

Our Irish cousins flew over from Belfast on Monday, September 30th,  and we spent the day hanging out at our hotels and at various eating establishments between our two hotels at the Westfield Centre. Then on Tuesday we decided to spend the day sightseeing in the Royal Borough of Greenwich south of the Thames.

The Docklands Light Railway (DLR) is part of the Transport for London system and it runs from Stratford City south all the way to Lewisham. We got on at Stratford using our Oyster cards and got off at Cutty Sark Station to explore the UNESCO World Heritage Site known as Maritime Greenwich.

The DLR Canary Wharf Station. The Cutty Sark Station is six more stops down the line.

The DLR is completely automated — no driver needed — and I couldn’t help thinking about the squabble back home between our inept BART management and our greedy BART unions. The losers are the commuters who have to find other means to get to work when the union goes on strike.

A woman sitting next to me on the train tried to strike up a conversation but I couldn’t understand a word she said with her strong Cockney accent. Luckily my cousin Henry who is half-Irish and half-English was able to translate. It was the first time in eleven years that I encountered a problem with the spoken English language. During our tour of Ballykilcline one day In 2002  I ran into a rural Roscommon brogue that also threw me for a loop.

Church Street with St Alfege’s in the background.

We exited the station and found ourselves on Church Street gazing up at St. Alfege’s, famed for being the place where Henry VIII was baptized. Then we walked the other way to examine the famous tea clipper ship known as the Cutty Sark. 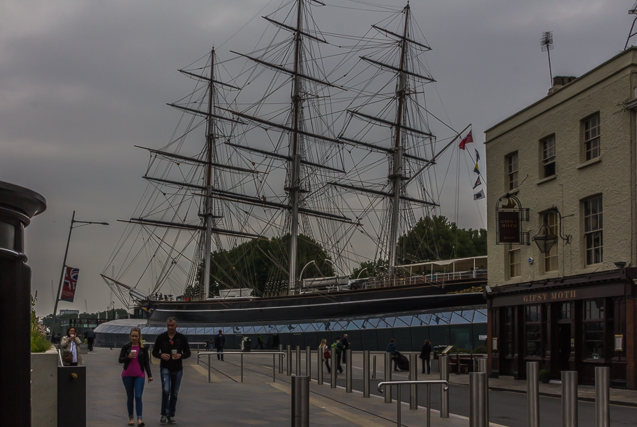 The ship gets its name from a famous Robert Burns poem called Tam O’Shanter in which a witch named Nanie Dee is wearing nothing but a short shirt that is called a cutty sark by Scots when she encounters the hero of the poem. 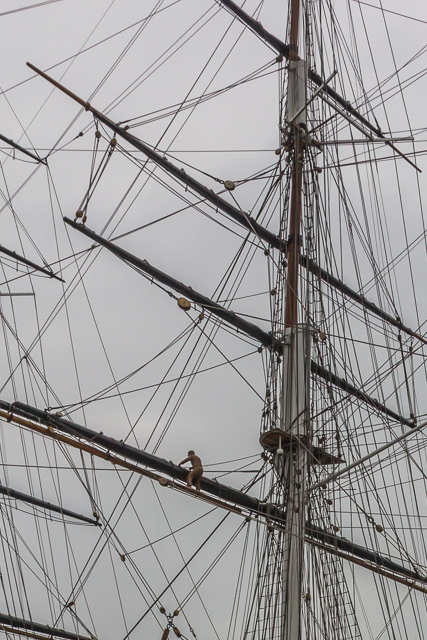 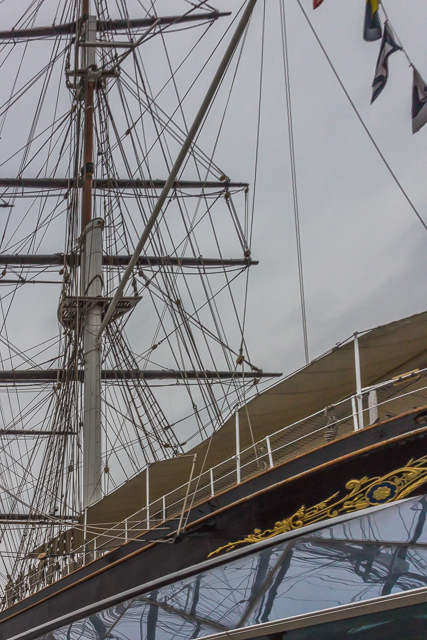 So which came first, the whisky or the ship? Well, the ship was built in 1869 by the shipbuilders Scott and Linton on the river Leven not far from the river Clyde. It was built for the great clipper ship races from China to England. People would bet money on which ship would be the first in a particular year to bring back tea from China. By 1922 the Cutty Sark was the last clipper ship in the world still sailing and she was purchased by Wilfred Dowman to be a cadet training ship in Falmouth, Cornwall. In 1923 Berry Brothers & Rudd, a wine and spirits merchant, came up with the idea of producing a blended scotch whisky at a Glascow distillery that was about ten miles from the shipbuilder south of the Clyde who built the Cutty Sark. The Cutty Sark was in the news a lot that year, soon after returning to England from Portugal. So they borrowed the name and put the ship’s picture on their label.

The ship’s hull is elevated twelve feet above the dry dock. 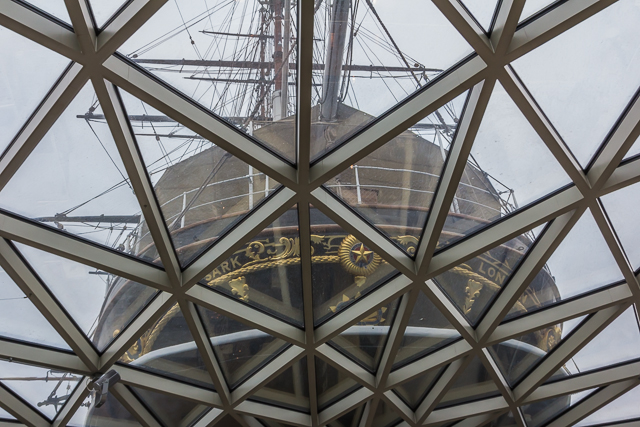 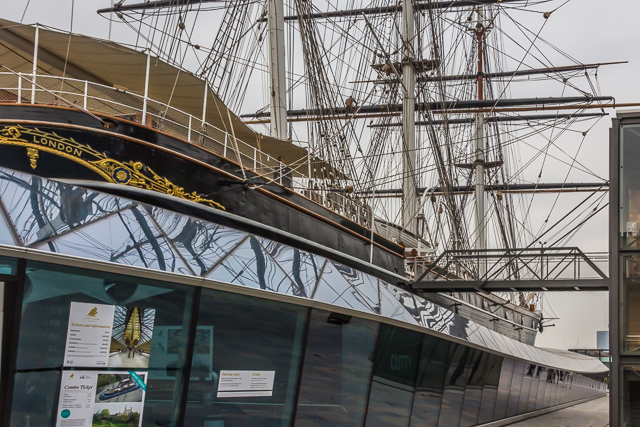 The glory days of the clipper ship came to an end when it became more practical to have steam ships carry the tea from the Orient via the Suez canal. The Cutty Sark, though, hung on longer than the others, carrying first wool from Australia back to England and then under the name Ferreria carrying various products from Portugal to Angola, Rio, Mozambique and New Orleans.  Captain Dowman spotted the ship when it put into Falmouth to wait out a storm and a year later purchased the ship in Lisbon and brought it back to England. In 1938 the ship was sold to another training institute and made its final sailing from Falmouth to Greenhithe at the mouth of the Thames. In 1954 she was brought to Greenwich to become a museum ship.

The Gipsy Moth pub is next door to the Cutty Sark.

In 2007 a fire destroyed most of the wooden parts in the center of the ship. About half of the ship was at another location being renovated and so was spared from the flames. In 2012 the ship opened again to the public. Visitors can now walk under the ship as she is elevated about twelve feet above her dry dock. 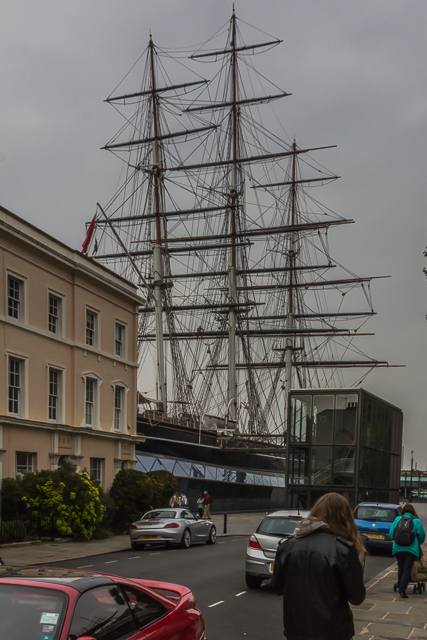 Our last view of the Cutty Sark as we resumed our Maritime Greenwich tour.

Our next stop on our Greenwich heritage tour was the National Maritime Museum, about a ten minute walk from the Cutty Sark. And that will be the subject of my next posting.