Hawaii 2015: Impressed with 19th and 20th Century Art at Honolulu Museum of Art

Posted on February 24, 2015 by crowcanyonjournal

We visited the D’Orsay Museum in Paris last year and were mesmerized by the sheer quantity of impressionist, post-impressionst and neo-impressionist paintings on display as we walked down the monstrous hallways of the museum that was once a railway station. Last month we visited the much smaller Honolulu Museum of Art and walked away impressed with their tiny but high-quality collection of those giants of the art world who created most of their masterpieces during the last quarter of the 19th century.

We saw more than 20 Monets that day in Paris and at least a dozen of Cezannes with a sprinkling of Gauguins. In Honolulu we gazed at one Monet, one Cezanne, one Van Gogh, one Gauguin as well as two Cassatts . These greats shared their space in a gallery that combined 19th and 20th century art with a Picasso and two Georgia O’Keefes and a handful of others.

Two Nudes on a Tahitian Beach
by Paul Gauguin

By the Pond
by Mary Cassatt

The Child’s Caress by Mary Cassatt

The Honolulu Museum of Art also owns two pastels on paper by Mary Cassatt but they were not on display during our visit last month. The D’Orsay only has a total of six works by her.

The Picasso was created during his cubism days in 1911 and the two O’Keefes resulted from her two-week visit to Maui’s Iao Valley in 1939. 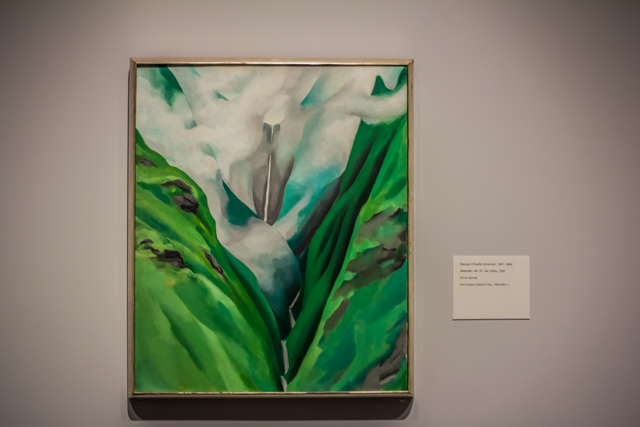 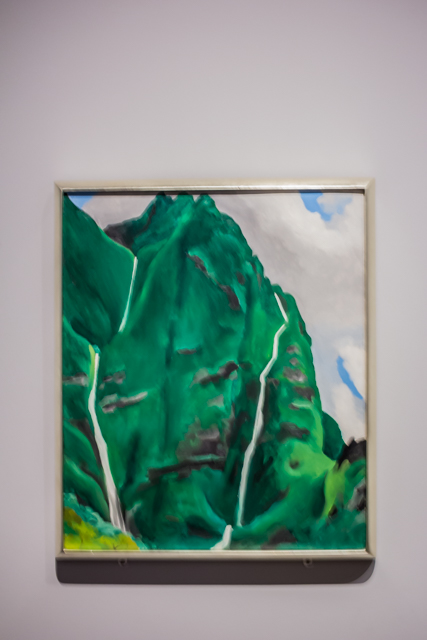 The Hawaiian Pineapple Company (later renamed the Dole Food Company) invited Georgia O’Keefe to come to Hawaii and paint some pineapples for one of their advertising campaigns. She spent a total of nine weeks in Hawaii including the two weeks in Maui and then went back to New York and completed several oil paintings from her sketches.

The Honolulu Museum of Art allows you to take photographs as long as you don’t use flash. The D’Orsay prohibits all photographs. See here for my posting on our visit to the Musee d’Orsay last year.

2 Responses to Hawaii 2015: Impressed with 19th and 20th Century Art at Honolulu Museum of Art