Santiago’s Praza da Inmaculada on the Cathedral’s North Side

Posted on November 13, 2017 by crowcanyonjournal

The Praza da Inmaculada in Santiago de Compostela is bounded by the Monastery of  San Martiño Pinario on the north, the Santiago Cathedral on the south, a few stores along Rua da Acibecheria on the east, and a few archdiocesan buildings on the west, one of which provides an archway to the Praza do Obradoiro. The square is also called Praza da Acibecheria, named after the black jet stone used by craftsmen who set up their shops in the square and made and sold their crafts and jewelry there. The Spanish word for this jet stone is “azabache.” 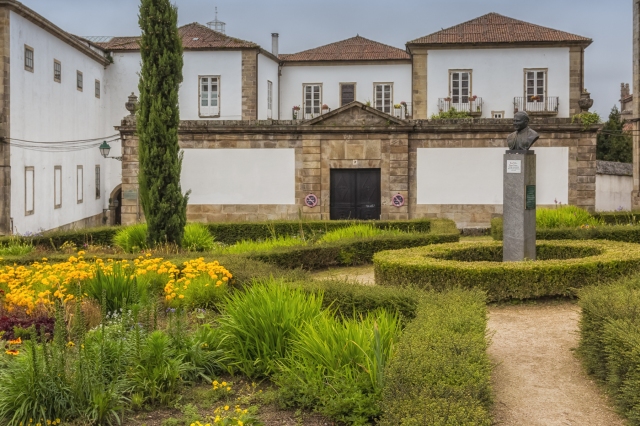 Looking west from the Praza to the monastery’s garden and monument to Pope John Paul II who was canonized a saint by the current Pope Francis in 2014. The buildings in the background belong to the Santiago archdiocese.

Another view of the gardens and Pope John Paul II monument.

The front entrance to the Monastery of San Martiño Pinario . This is where we met Mahatma Gandhi one day (see here). The monastery now serves as a seminary and a hostel for pilgrims during the summer months. 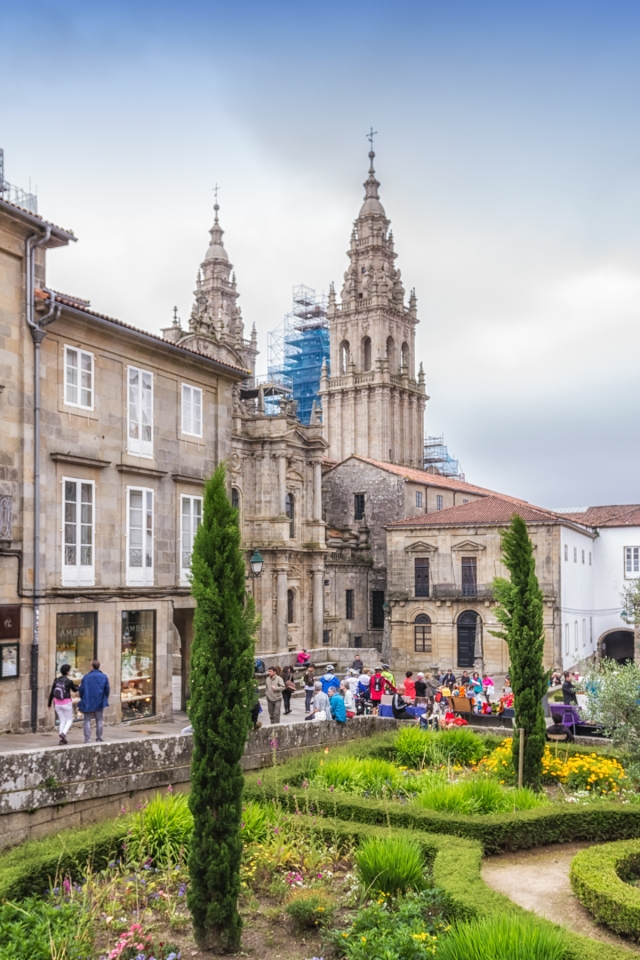 View of the Cathedral from the monastery’s gardens. The archway that connects the Praza da Inmaculada and the Praza do Obradoiro is on the extreme right. Two blocks of souvenir shops along Rua da Acibecheria begin on the left. 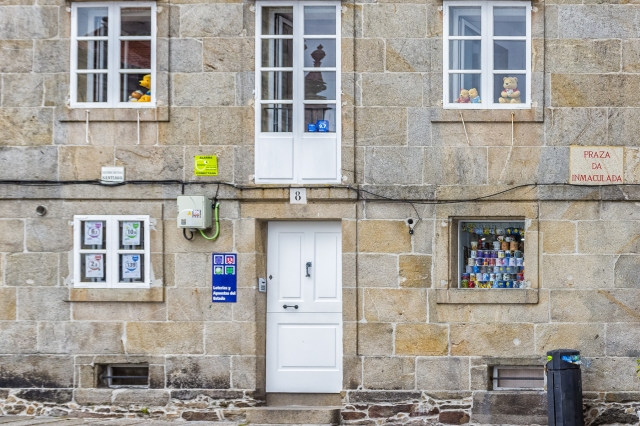 Store and teddy bear residence on the east side of the plaza and on the corner of Rua da Acibecheria.

Coffee mugs in window display. This is a close-up of the lower right window in the photo just above this one.

The oldest building in Santiago can be found along the south side of the Praza. 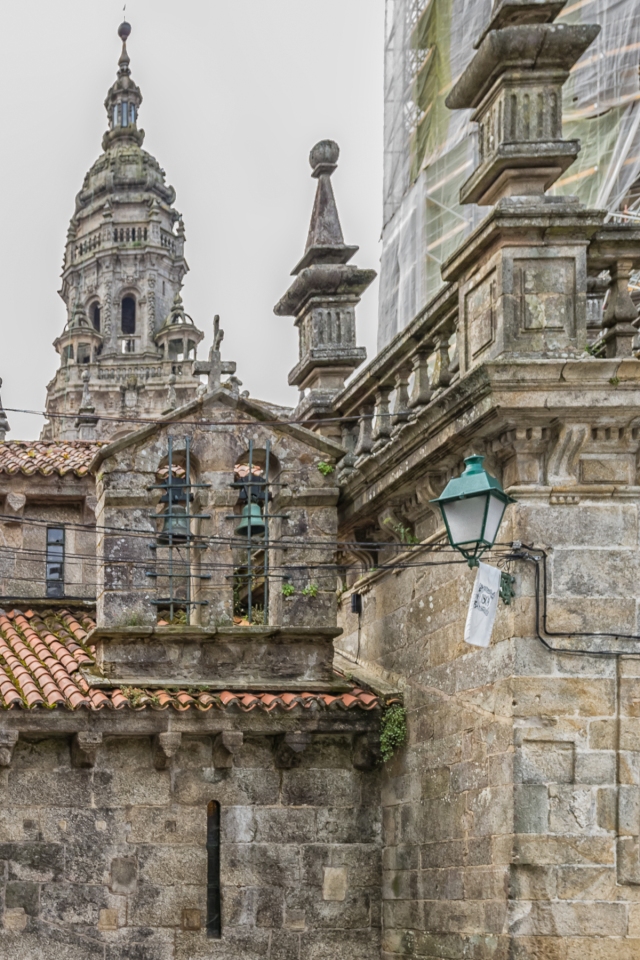 See here for more photos of the plaza and the Cathedral’s north facade.

Just a couple of more Santiago postings and then we’ll go to Porto.