Posted on August 1, 2020 by crowcanyonjournal

We spent a week in Ireland in the spring of 2009 and then flew to Milan to begin a three-week tour of Italy. We stayed in Milan for four days and in this post I will show you a dozen photos from our tours of the city. Some of these photos were recently converted to monochrome. Others you might recall from some Monochrome Madness posts of years ago. 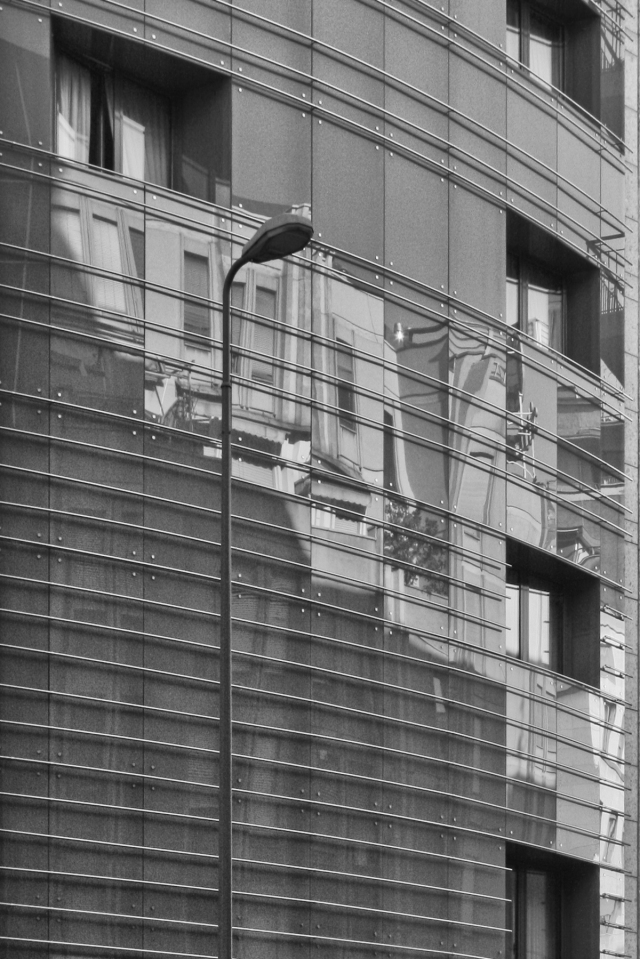 And here is our hotel.

A two-block walk and a ten-minute subway ride brought us to Milan’s most magnificent building, the Duomo di Milano.

There must be a thousand statues on the external walls of the cathedral.

One more view of the statues.

I originally posted this photo of the Duomo’s main door for Monochrome Madness 4-22 back in 2017 (see here).

I have been posting for nearly ten years now and this post from 2017 is one of my most popular single postings, thanks to Google. Go to Google search and type in “Milan Cathedral door” to find out why. 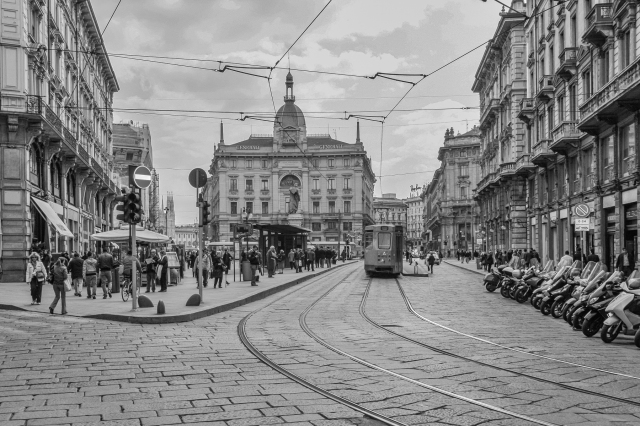 A busy intersection in central Milan. The Duomo is in the left background.

We were told that this is the oldest building in Milan. It’s near the castle.

One of the corner towers of Sforzesco Castle. Leonardo da Vinci spent many years working for Ludovico Sforza, who ruled Milan during the last two decades of the 15th century. 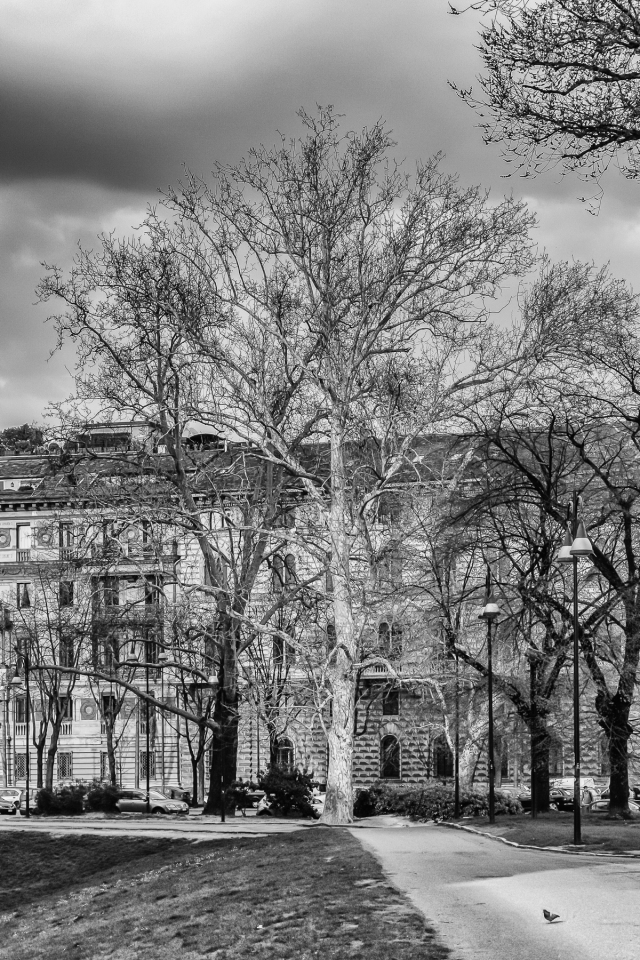 This is another view of the building across the street from the castle (you can see a bit of this building on the right in the previous photo).

The courtyard of Santa Maria della Grazie convent. The highlight of our city bus tour was being able to view Leonardo’s The Last Supper on a wall inside this convent. 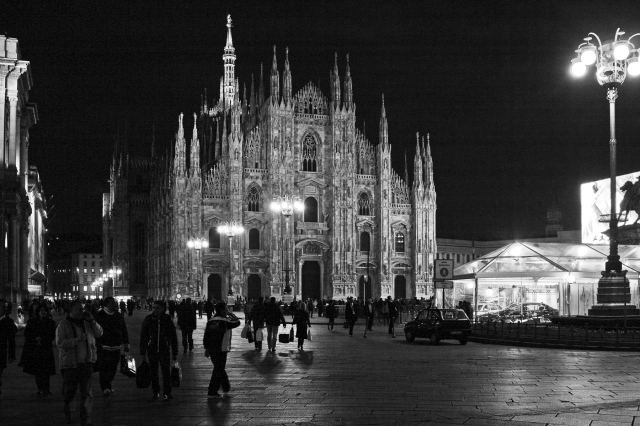 The Duomo at night. I first posted this photo way back in the early days of Monochrome Madness — January 19, 2015 (see here).

Milan was hit hard by the coronavirus pandemic this spring and at one time more than 12,000 patients were hospitalized with the disease. That number has been reduced to less than 300 lately and it looks like the battle is being won in Italy, unlike in the United States where Covid-19 is raging and the number of deaths has reached 150,000.

There will be more monochrome photos on our travels in Italy in future posts.

13 Responses to Milan in Monochrome